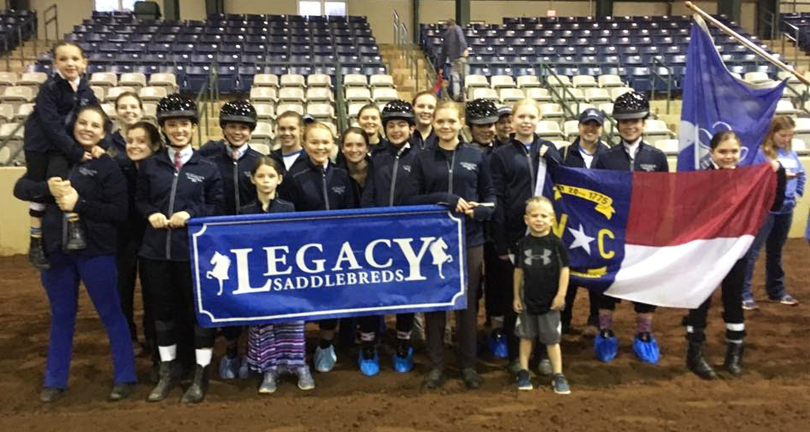 The American Saddlebred’s style, good looks and reliable disposition have long made him a popular choice for children and youth. For more than a century, small children have taken their first riding lessons on Saddlebreds, soon competed on Saddlebreds in a variety of disciplines, and remained devoted to the breed for a lifetime. It is no accident that many of today’s breeders, trainers and owners are second-, third-, fourth- and fifth-generation American Saddlebred devotees.

The American Saddlebred Horse Association has developed a number of youth awards that are designed to increase participation, encourage good sportsmanship and allow youth to enjoy competing with Saddlebred enthusiasts.

The ASHBA Youth Award is a High Point Award, which recognizes youth members who have demonstrated a commitment to ASHBA Youth Programs through participation and achievement in activities that promote the American Saddlebred.

Points are awarded annually for a defined set of activities, defined by the ASHBA Youth Committee. The award year is defined as December 1- November 30th. This form must be completed by January 5, 2023. in order to be considered for awards. Awards will be presented to participants with the most points in two age groups, 13& under, and 14-21. An active ASHBA Junior membership is required.
Submit Youth Award Application Here 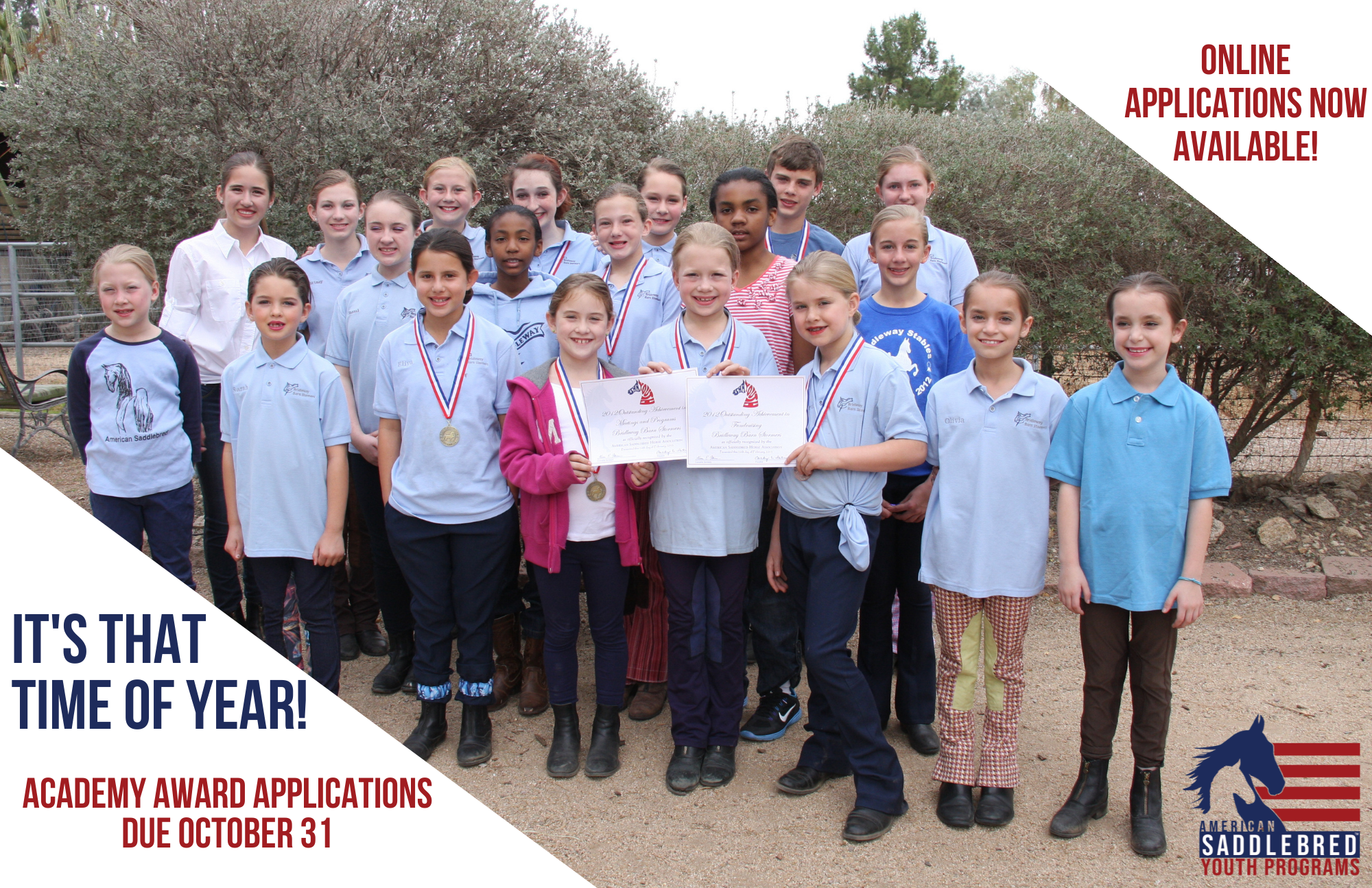 The purpose of this award is to honor ASHA Youth Clubs with well-rounded programs, as depicted in a yearbook. The yearbooks will be judged on layout, neatness, the imagination of presentation, and general impression. Yearbooks are due to the ASHBA Office no later than January 5, 2023.

The American Saddlebred Horse and Breeders Association Academy Awards program encourages and recognizes youth and adults participating in academy classes at horse shows throughout the country. Academy classes create an opportunity for beginning saddle seat riders to develop and fine-tune their horsemanship skills, sportsmanship, and appreciation for the American Saddlebred.

An Academy class is any class offered at a local tournament in which two or more stables are participating or any class at an open show that is designated "academy." Participants compete on horses designated as school horses, or horses that are regularly used in riding lesson program instruction. Acceptable riding attire is jodhpurs or dark pants, boots and dress shirt, or a sweatshirt bearing the stable’s logo. Riding suits are unacceptable, and protective headgear is optional. Read about ASHBA's Academy Guidelines here.

The Frank Ogletree Youth Award honors ASHBA Youth Members who have exhibited a true sportsmanlike attitude throughout their show careers. All nominations must be in writing and include a brief description of why you feel this person qualifies for the award.