The Horse for Every Discipline 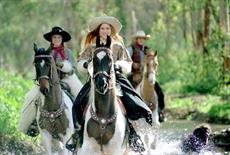 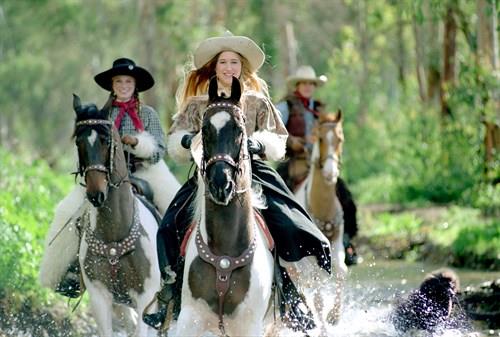 Like Thunder and Ashley Hallock trail riding in California. 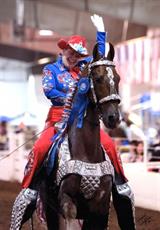 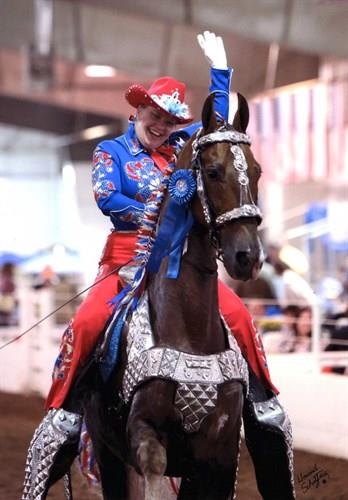 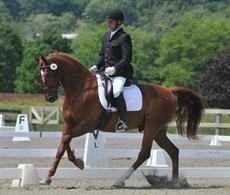 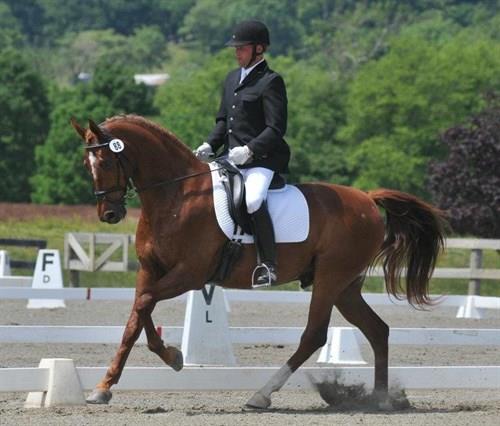 American Saddlebred being shown through a dressage course. 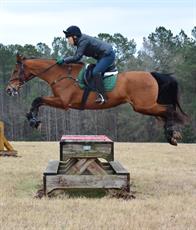 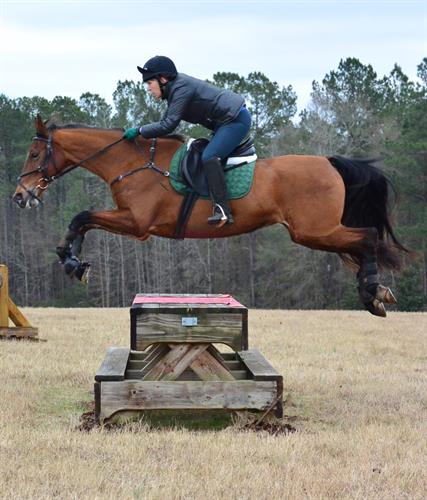 Bay American Saddlebred being jumped over a cross country jump through a course. Allison Gann and partner presenting the American Flag during the National Anthem at Arizona Futurity. Photo by Allison Lambert. 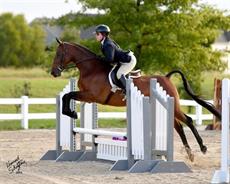 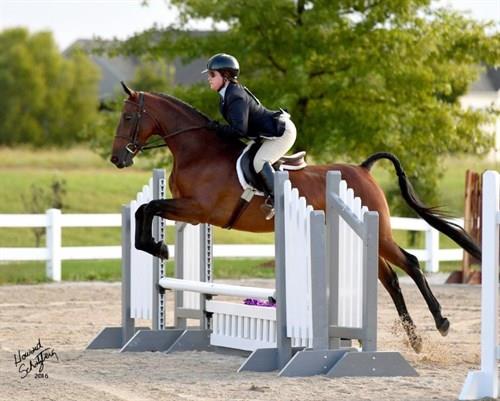 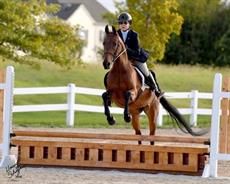 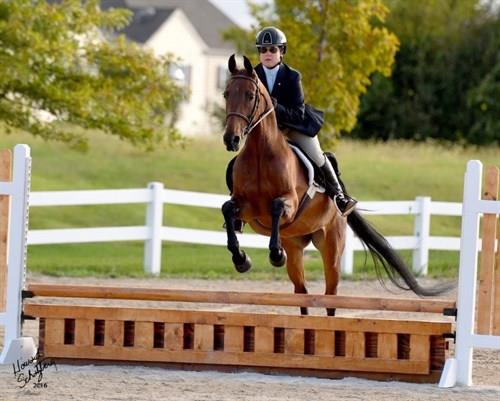 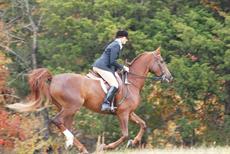 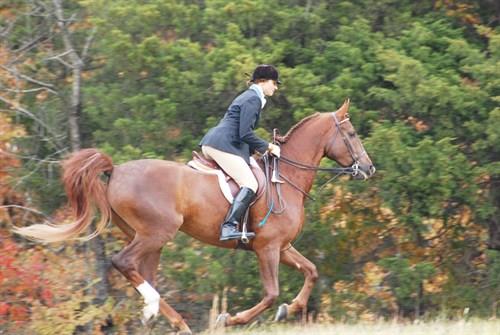