ASHBA App is LIVE at the WCHS!

Have the World's Championship Horse Show in the palm of your hand!

The Peacock of the Show Ring 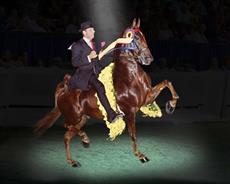 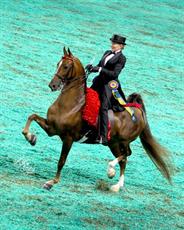 Champion Five Gaited Mare My My and Frank Bradshaw. Show Jumping is becoming more popular with the American Saddlebred, as seen here.