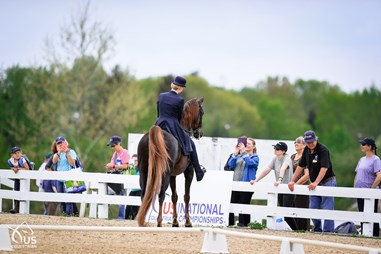 The American Saddlebred Horse Association (ASHA) was afforded the fantastic opportunity as a US Equestrian Affiliate to exhibit our breed at the prestigious Land Rover Kentucky Three Day Event last weekend. It was the first time this demonstration was made available to the association, and we look forward to taking what we learned and expanding our representation next year. We are very proud and thankful that we were one of the three USEF Affiliates that were able to participate out of all that were invited.  It was an excellent opportunity to represent several of our ASHA USEF Affiliate breed divisions with world-caliber American Saddlebreds.

We are thrilled that we had the platform to highlight our horses at one of the most significant equine events in the country. The premise of the demonstration was to highlight affiliate breeds and their USEF breed divisions. Educating the audience on the breed and the judging standards for how they are most commonly presented at USEF competitions. We also distributed breed brochures and vouchers for introductory lessons at local riding programs during each demonstration and at the US Equestrian booth in the heavily trafficked “Sponsor Village.” 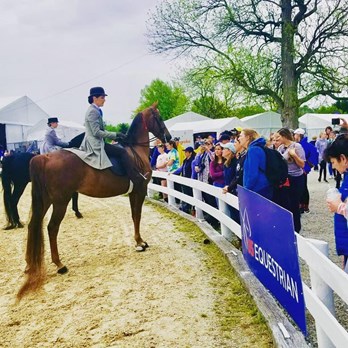 This demonstration would not have been possible without the generosity of the two local barns Autumn Hills Farm and Visser Stables and their wonderful owners Darby/Reagan Campbell, Terri Dolan, Laura Dozer, Diane Sembler Kamins, Rachel Seifert and Dr. Owen Hurt Weaver . With limitations on stabling and vehicle passes allotted to each affiliate, these groups went above and beyond to find three of their most capable and experienced horses to fill each of our demo times. We cannot thank every team member involved enough for their dedication to assuring the horses were turned out to perfection and prepared to take on the adversity of an event this large. We also appreciate all those we approached that wished they could have contributed horses to diversify our demonstration but had prior obligations. 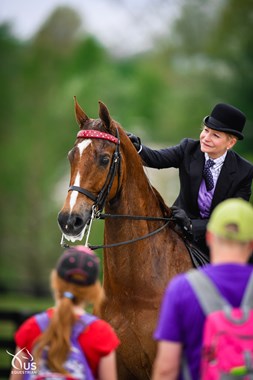 “As a USEF Affiliate, we were presented the opportunity to be part of the breed exhibitions on both Thursday and Saturday of the event.  My sincere thank you to both barns, Visser Stables, and Autumn Hills Farm for sending great representatives of our breed.  We also appreciated the owners and riders of these horses who contributed their time and resources to this event.  Everyone was so positive and excited to be part of this great opportunity…  We know it is not a simple request when we ask our trainers and owners to take on such a task.  They are giving up precious time during show season, but all understood the importance of exposing these equine enthusiasts attending the event to our special breed”, said Terri Dolan executive Director of ASHA. 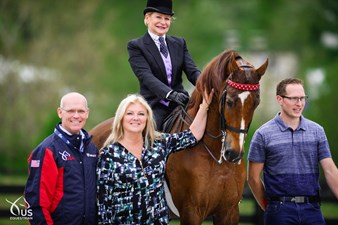 The two demonstrations were very well received by all in attendance and were an exciting opportunity to introduce the breed to more equine enthusiasts. Our representatives fielded questions and ushered many excited viewers to meet the horses up close after each of the exhibitions. Each day the demo group took time to stop on the rail between gaits for spectators to get up close and personal for photos, questions, and a quick pet.

The Thursday group delighted the inquisitive crowd with Ginger Magnolia demonstrating straight-line lead changes and pattern work and the ability to go from focused to performing to breed ambassadors and back again by this talented group. Thursday’s demo ended on a perfect note with Ginger Magnolia and Carl JNR making a group of Pony Club members’ first interaction with an American Saddlebred a sweet moment they will not forget. Saturday had a huge crowd on site for the exciting Cross-Country phase of the Land Rover Kentucky Three Day. The Autumn Hills Farm group did not disappoint the crowd between Black Beauty appeal of CH It’s Aerosmith’s and the approachability and talent of all of their combinations had people flocking to the rail to get pictures and see them perform.  Personifying the impeccable manners and personality of the breed Walterway’s Born To Be Wild stood patiently in the rain for the long line of fans that wanted to meet her! 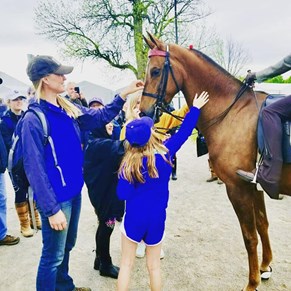 Walterway's Born To Be Wild with Laura Dozer photo ASHA/AHarper

From the spectators in attendance to social media it was a great two days of breed promotion. We reached over 53,000 people with our posts on social media, we were the only non-competitor content posted by USEF Network from the event and we had the privilege of a demonstration of equitation worthy “posting” and posture from Neil Visser!

The Kentucky Three Day Event is one of the premier equestrian events in North America, attracting top competitors from around the world, garnering crowds over 80,000 annually, and generating national media coverage. As well, Equestrian Events, Inc. continues to introduce new elements to the event each year with the overall goal of enhancing the spectator experience. It was a great success, and we greatly appreciate everyone who contributed to make it possible to #SharetheSaddlebred there. The ASHA is excited about the opportunity to return next year!

We look forward to adding more events of this caliber in the future to educate people about the breed and highlighting all the great ways American Saddlebreds can appeal to any equine enthusiasts! It has been a great month to #SharetheSaddlebred for our association and membership base. Our Charter Clubs have had demonstrations at both Ohio Equine Affair, Midwest Horse Fair and Minnesota Horse Expo. On the horizon are 2019 Breyer Fest, 2020 Equintana and more! The ASHA is proud of our great breed and membership who donate their time and resources to making these important events for the breed possible! 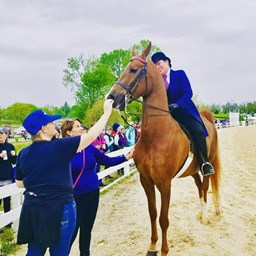 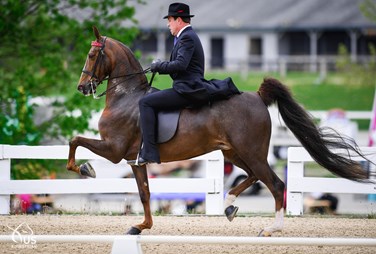 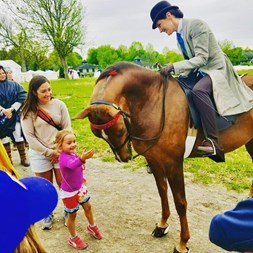