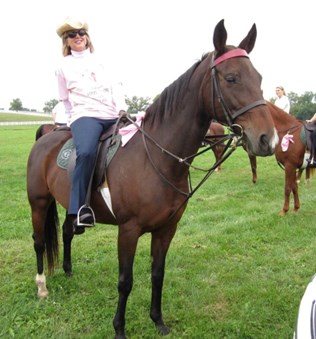 We are pleased to announce the May ASR Diplomat of the Breed is Sultry Eve (133828)! Affectionately known as “Eve”, this 22-year-old mare by After The Fire and out of Dazzle Time has been impacting the future of the American Saddlebred industry for over 15 years! An adorable bay mare that was bred by Euchee Matthews, she has been loved and the devoted partner of Julie Kaufman of Blue Willow Farm and their riding program since the spring of 2004. From the show ring to the cover of equestrian magazines, Eve defines the dependability and nurturing nature of the breed!

Every horse has a perfect place and their personal calling. Eve has found that at Blue Willow Farm. A natural teacher and ambassador, Julie Kaufman has been able to provide the ideal outlet for Eve to shine. Kaufman shares, “She is the rock of the Blue Willow lesson program, from the most advanced to the first time rider she is the one we depend on.  She canters like a dream, but her specialty is teaching tiny tots to post and steer.” Teaching all levels of lessons in multiple disciplines Sultry Eve introduces students to all things possible with the American Saddlebred. Whether it is Saddle Seat, Western or Hunt Seat, Eve’s students can learn how to follow their #asbdreams no matter the tack! 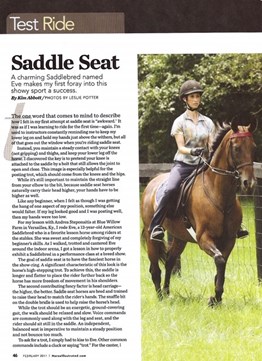 Eve is also a great breed ambassador outside of the barn. She has been a vital part of many promotional campaigns to educate the public on the American Saddlebred.  In 2011, Eve was featured in the Equestrian Life Learn to Ride and Drive video in which she appeared in saddle seat, hunt seat and western tack …and bareback! To this day, the ASHA and many others still use this video series to introduce and educate individuals about the American Saddlebred at events across the country! In addition to being a video star, Eve has been featured in both Horse Illustrated and Young Rider Magazine to educate their readers on the breed and their versatility. Not one for just staring in national #sharethesaddlebred efforts Eve still enjoys participating in the annual “pony rides” at the Lexington Junior League Horse Show. Every year she introduces the young horse lovers of the local area to the breed and gives them their first ride on an American Saddlebred. 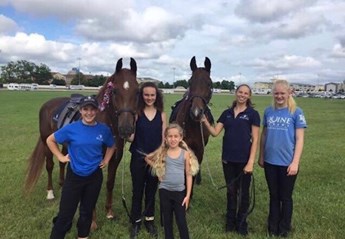 The American Saddlebred Registry is honored to have an individual like Sultry Eve representing and promoting our breed to new horse lovers every day! It is our privilege to award her the ASR Diplomat of the Breed sponsored by Freedman's and acknowledge her for the contributions to our breed and the horse lovers of our community!

If you have an American Saddlebred that should be the next ASR Diplomat of the Breed, nominate them today!