ASHA is pleased to announce the following scholarship recipients this year.

Natasha Adams was born and raised in San Diego, California. Natasha began riding at age 11 with Frank and Ann Miller at Valle Vista Farm in Escondido, California. When she was 12, she leased her first American Saddlebred, Doctor Zeus from Ann Blankenship where she fell in love with the breed. Throughout high school, Natasha continued to ride Saddlebreds when she wasn’t studying for her classes. Natasha worked hard to graduate from high school a year early. She is a member of various Honor Societies, and finished her last semester of school with a 4.28 GPA. In the fall, she will be attending the University of Nevada, Reno to study physics and mathematics. 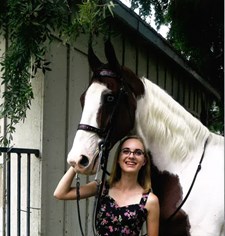 Haley Krupnick started riding when she was nine. It all started with a few days of camp, daily lessons and then eventually showing. She has always loved the American Saddlebred breed and the versatility they possess. She loves capturing the beautiful breed in action on her camera. Haley recently volunteered in 2018 to help take care of the World Cup horses in Lexington, KY. Haley rides with Suncoast Stables and Riding Academy in Odessa, Florida. She plans to attend St. Petersburg College and pursue a degree in nursing. Haley’s goal is to show Saddlebreds again in the future and she is forever thankful for all the opportunities given to her these past ten years. 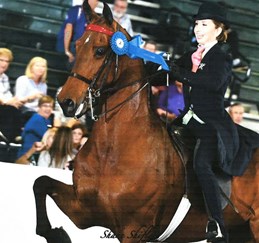 Kennedy Wilson had her first ride when she was 2 months old on her mom’s beloved road horse, Oscar. She then rode horses with her mom at Bill Rodger’s barn at the age of two. Kennedy’s riding

lessons officially began at Five Gait Stables with David Chretien. Under the direction of Liz Curtin she started showing in Academy. Kennedy then began her performance career and perfected her equitation with guidance from Jessica Saft. Over the past 5 years, Kennedy has also created an intricate summer camp that continues to grow and encourage young riders. This, in addition to the countless people who have supported and inspired her over the years, is what sparked her passion for teaching. Her love of horses has helped turn her into a true leader. She has always been eager to help, work hard, and learn while doing what she loves most. Kennedy is there to encourage everyone around her. Through her work for the Ribbons of Service program, she has inspired a new group of riders of all ages to become involved. Kennedy has also reminded others that every ride and ribbon is good, and a symbol of growth and the lessons learned. Her kindness and integrity are matched by her passion and devotion to the sport. Kennedy is planning on pursuing a degree in education, and aspires to continue teaching, training, and inspiring others in the show horse industry for many years to come. 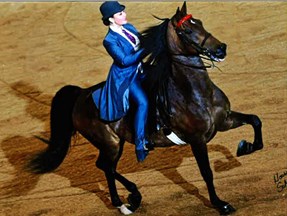 Cassidy Buchanan was born and raised in Carrollton, Kentucky on her family’s horse farm.  She was two when she sat on her first horse and at the age of four, she was taking horseback riding lessons. In 2011, Cassidy received her first American Saddlebred. Throughout her career, Cassidy has ridden under Zubrod Stables, Biggins Stables, and now Reiser Stables where she is also employed. Cassidy will be attending Midway University with a majoring in equine management with a minor in business. She will also be a member of the Midway University Hunt Seat Team. Cassidy’s goal is to own and operate a stable in Carroll County and raise, train, and show American Saddlebreds. Her mission is to bring the exciting world of the horse industry to Carroll County by introducing and sharing the love of horses to youth through a lesson program. 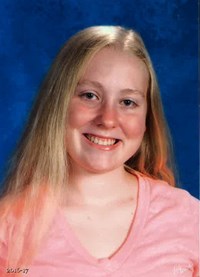 Kaeli McCarty grew up riding at Biggins Stables, taking her first lesson when she was three. Kaeli rode with Missy (Hughes) Smith and Toni (Knight) Utoft then eventually John and Renee Biggins. John helped Kaeli find and purchase her first Saddlebred at Tattersalls in 2010 and Renee teamed her up with the gelding. Kaeli went to every summer camp, every lesson, every Biggins Bridle Bunch Youth Club Meeting or clinic that was offered with enthusiasm. Today, she is lucky enough to ride with and catch ride for Gerhardt Roos at Rose Stables and work for Gene and Annalize Van Der Walt at Singing Hills in the breeding lab, where she hopes to pursue a career in equine reproduction. Kaeli is currently majoring in equine business with a minor in economics at the University of Louisville. 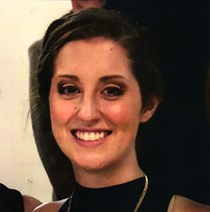