The Heart of Pin Oak: The American Saddlebred 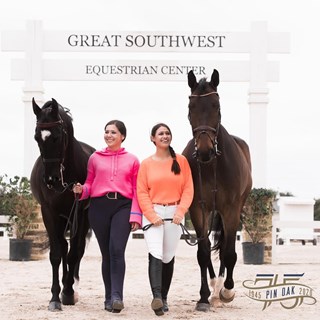 Captivating crowds from New York City to LA, winning Olympic medals, serving in battle, the first American horse registry, and at the heart of building a children’s hospital, what do each of these have in common? The American Saddlebred has accomplished all of these and more.

Although it is far from the rolling hills of the Kentucky Bluegrass, the Lone Star State’s influence on the American Saddlebred is no less significant. R.W. Morrison and the great stallions of his Anachacho Ranch Edna May’s King, Anachacho Denmark, and Anachacho Shamrock appear more than any other bloodlines in most champion pedigrees. The Robinson’s Chatsworth Farm champion features still survive in Sports Illustrated archives. Most important, J.S. Abercrombie’s Pin Oak Farm has left a living legacy through the Pin Oak Charity Horse Show, introducing mass amounts of Texans to the American Saddlebred and its contributions to the children of Texas.

Pin Oak provides a culture, a standard, and a community bigger and beyond the American Saddlebred industry. When the show began under the watchful and generous eye of “horse show dad” and philanthropist J.S. Abercrombie in 1945, it quickly created a golden standard for horse shows across the country. Gaining national prominence and bringing the best of American Saddlebred show horses to Houston to compete. It not only created a showcase to share the breed and also began to attract more Texans into the Saddlebred industry.

As the famed horse show reporter Maxine describes from the 1948 Pin Oak, “What has been accomplished so far is just short of a miracle, and the plans ahead for future shows put the Pin Oak event in a class by itself.” What started with the leaders and creators of the Pin Oak Charity Horse Show have led to generations of Houston families owning and loving the American Saddlebred breed. Just as Josephine Abercrombie’s love of horses inspired her father to buy her a Saddlebred, many other Houston natives have fallen in love with the breed and find joy competing with these extraordinary athletes in all disciplines. The ASHA is proud of the contributions of our Texas-based members and American Saddlebred enthusiasts. Year after year, they make a positive impact on our breed across regions, disciplines, and the nation. The efforts our Saddlebred community makes to support Pin Oak to preserve the tradition and find new opportunities for the future is the stuff of our #asbdreams! 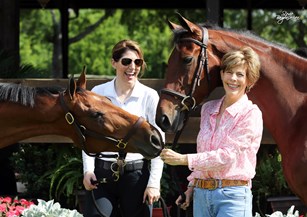 Rose Hochner Nelson is one of those Houstonians who, as a young girl, fell in love with the American Saddlebred and never looked back. Rose is a third-generation horsewoman who competes in Saddle Seat and Hunter Jumper divisions at Pin Oak and around the country. Rose and her mother Carroll Ray have owned, competed, and bred American Saddlebreds for almost forty years. When reflecting on why she loves the breed, Rose said, “They are as thrilling as they are versatile, and can perform multiple disciplines better than any breed I have been around. Once you have ridden one you can’t help but want to do it again!” One of the special American Saddlebreds her family has enjoyed is the mare Sharp Cheddar. “Queso,” as she is lovingly known, is a royally bred mare that battled back from adversity with health issues as a foal, to starting her early training in a saddle seat barn, to finding her true calling over fences. She has enjoyed success at local hunter jumper shows through the years, competing in both hunter and jumper divisions. “In 2013, the Pin Oak show gave us the unique opportunity to have our jumping Saddlebred compete alongside other members of her breed in the Hunter Country Pleasure classes. And Queso—once the small, sick foal—was a star, claiming victory in both the qualifier and championship,” said Rose. “She has been a bridge between my American Saddlebred and Hunter Jumper worlds; she is a true family horse and a great ambassador for the breed.” 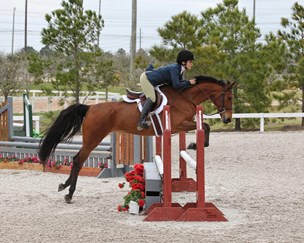 “This horse show has been special to our family ever since it was founded,” shares Rose, “My mother would attend with her parents at the old Pin Oak Stables. I have great memories of showing here when I was growing up on the Southwest Circuit. And it has been so fun to come back as an adult and compete in a different discipline—and to watch Saddlebred classes with my hunter jumper friends and vice versa. Having the opportunity to do a victory pass in this ring on our homebred, multi-disciplined Saddlebred was a major highlight in a long history filled with friends, family, and very special horses.”

“The Most Gracious Show in America” was the headline for Pin Oak in 1954. That sentiment has continued to ring true thanks to the decades of board members, show staff, and a fantastic team of volunteers that dedicate themselves to creating the most hospitable experience for every visitor. Since its inception, Pin Oak has continued to offer opportunities for the American Saddlebred industry to make incredible acts of inclusive generosity. It is through the actions such as the historical contributions to Texas Children’s Hospital, exhibitor hospitality, the Perwien Family’s travel grant, and the hosting of pediatric patients by Saddlebreds like Vantage Pointe Farm’s Good Night Sweet Dreams that have kept this show close to the hearts of many for decades. 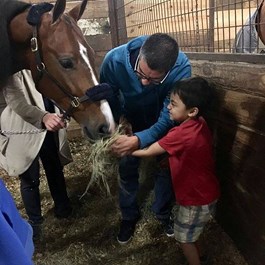 Pictured: Diplomat of the Breed Good Night Sweet Dreams meeting a young pediatric patient from Texas Children's Hospital who was visiting the 2019 show.

75 years ago, the Abercrombie family identified a need in the community and the equine industry and knew that the American Saddlebred was a horse magnificent enough to help make their dreams for a charitable horse show possible. “The Horse America Made” is a people’s horse and the ASHA is honored to see all the good they have helped do for the people of Houston and the patients of Texas Children’s Hospital. We are grateful for the ongoing efforts of the Great Southwest Equestrian Center, Texas American Saddlebred Horse Association (TASHA), and the devoted American Saddlebred community in Texas that keep the legacy of this jewel of a horse show alive.