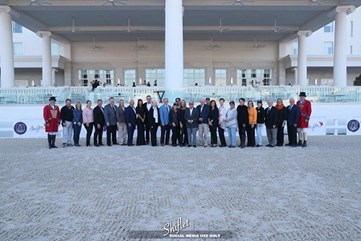 The American Saddlebred Horse & Breeders Association and the United Professional Horsemen’s Association Chapter 16 were pleased to work together to present an amazing inaugural Ocala International Horse Show (OIHS). From World’s Grand Champions to the youngest riders in academy, #asbdreams and #SaddlebredSmiles were on display at World Equestrian Center Ocala (WEC Ocala). ASHBA set out from the beginning to “Make Magic in Ocala” and were proud to be onsite as we saw that vision come to life last week. 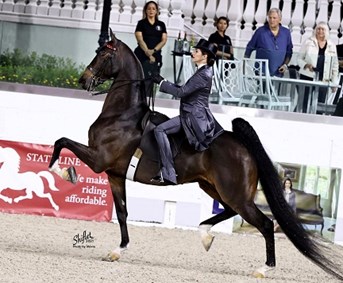 OIHS Founding Sponsor Marty Schaffel knew immediately when he saw the facility plans a show here would be a tremendous opportunity for the breed. “During my time as president of the American Saddlebred Horse Association, now ASHBA, we were always being challenged with how ASHA was going to make an impact and help the American Saddlebred industry. Without any competitions or events of our own we were in need of having a place where we could “be the change we wanted to see” I believe the OIHS has a key role in fulfilling that responsibility.” 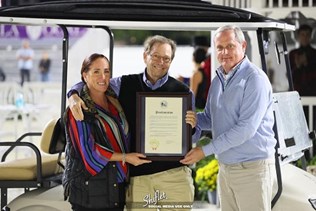 The show gives ASHBA for the first time to have direct influence in the decision making of how a horse show serves our members and the breed. Over the past few years, leadership has worked tirelessly to add opportunities and recognize the versatility of the American Saddlebred. OIHS gives ASHBA the platform to create the horse show our industry needs for the future of the breed. 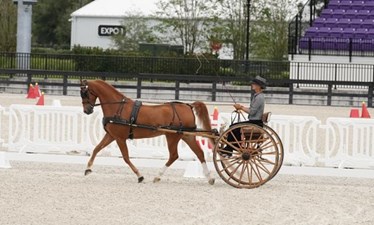 David Mount, Executive Director of ASHBA and Co-Chair of the OIHS is looking forward to what role this show will continue to have in the expansion of the public promotion and value to ASHBA members in their experience of exhibiting the American Saddlebred and Half Saddlebred.

“We are thrilled to have had this opportunity to feature our breed at the WEC Ocala and in the heart of Florida’s horse country,” Mount said. “The facility proved its ability to cater to the needs of horses and exhibitors to provide the ultimate Saddlebred show experience. Most importantly, every day we had an opportunity to connect with the public and introduce them to the American Saddlebred. We look forward to seeing this competition be a tool for the ASHBA to enhance and secure the future of our horse and sport.” 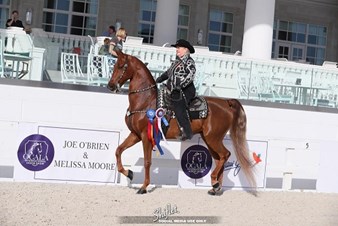 OIHS this year offered opportunities for all show horse breeds. The specific classes for Saddlebreds, Hackney Ponies, Roadsters, Dutch Harness Horses, and Carriage Driving were accessible for everyone from the elite competitors to the regional competitor. This made the show the first to include all of these various breeds under one roof at the World Equestrian Center Ocala.

On October 26, 2021 Kent Guinn, Mayor of the City of Ocala, Florida, presented the OIHS with a  proclamation that the week of October 26-30 would forever more be known as Ocala International Horse Show Week.  The Mayor presented the proclamation to OIHS Co-Chair, David Mount, Executive Director of the ASHBA. Guinn, who often attends other events at the WEC Ocala, noted that this was the first show for the American Saddlebreds, Morgans, Hackney Pony, Roadsters, and Combined Driving at the new state of the art facility. Bringing together members of the ASHBA, UPHA16 and US Equestrian. 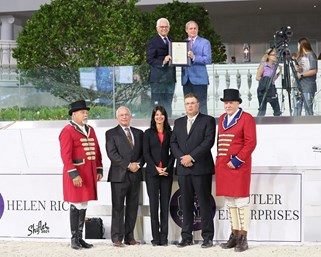 WEC Ocala opened its facilities in December of 2020.  The entire equestrian paradise is comprised of over 4,000 acres with 300 acres dedicated to the equestrian facility. The hotel, The Equestrian, is elegantly designed and has 254 suites. While guest capacity for hotel rooms is remaining limited through 2021, but look forward to what having an on-sight luxury hotel will offer exhibitors in the future! Beyond the basics, WEC Ocala also features restaurants, ample turn-out space, a chapel, a candy store, a full hook-up RV park complete with a general store and a laundromat, and so much more. WEC Ocala has repeatedly been described as a, ‘Disney World for horse lovers,’ and an ‘equine paradise’!

This show wouldn’t be possible without the support of our founding members and sponsors. More information about the horse show can be found on the Ocala International Horse Show website at www.ocalainternationalhorseshow.com or view the event on-demand at http://www.richfieldvideo.com/.