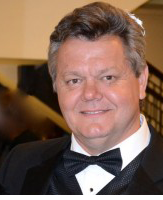 For the past 48 years, Bill and Barbara Blacklaw’s Singing Hills Stable has been established as one of the country’s premier establishments for breeding, raising, and showing American Saddlebreds. Established in 1968, Singing Hills started in Oregon City with a five-gaited mare, a road horse, and a four stall barn. Early in 2010 Bill Blacklaw and Gene and Analize van der Walt purchased the property on Taylorsville road.  In 2011 they purchased an additional broodmare farm on McMakin McMullin.  In 2015 they purchased an additional broodmare farm on Hubron.  From that humble beginning, Singing Hills has grown to a 59 stall barn with state of the art breeding & training facility.  The facility includes 2 tack rooms, an indoor BBQ and entertainment area and a beautiful indoor arena.