ASR Diplomat of the Breed – Stylin’

ASR Diplomat Of The Breed - February 2019 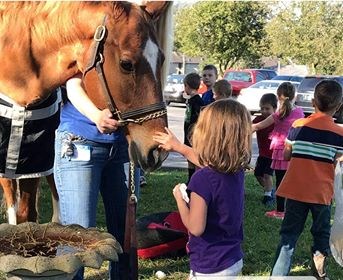 We are pleased to announce the February 2019 ASR Diplomat of the Breed is Stylin’ (104664G)1. He is an American Saddlebred that with his big heart and dynamite demeanor takes on any challenge with style.  Whether in the show ring or in the community he has an exceptional talent for making the most of first impressions. A credit to his name, Stylin’ has succeeded and adapted to whatever job is put in front of him. His lifelong partner and owner Alexandra Harper has been at his side during his many accomplishments. 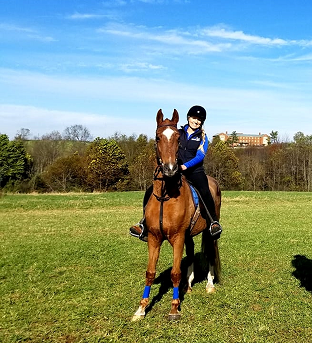 Stylin’ was purchased for Harper when she was a juvenile rider as her first five-gaited horse.  In their 18-year journey, Stylin’ brought Harper her first trip to Lexington Junior League and her first ribbons at the World Championship Horse Show. The majority of Harper’s juvenile riding career was spent on the back of Stylin’. It was this bond between horse and rider that gave Harper the idea she was ready to bring Stylin’ home and began training him herself. In their first year competing as an Amateur Owner Trainer (AOT) team, Stylin’ proved once again that he was the king of firsts! In their debut performance as an AOT team on the green shavings, they had the experience of a lifetime, a fourth in the Five Gaited Amateur Stallion/Gelding class out of 15 entries and came back to place seventh in the championship out of 13!

Harper and Stylin’ continued to compete as an AOT team up until 2014 on the Kentucky County Fair circuit. When his career in the show ring came to a close, it was time for Stylin’ to try another new endeavor and make more great first impressions. In his retirement, he has found himself introducing hundreds of equine enthusiasts across the state of Kentucky to the American Saddlebred. He is a regular ambassador partaking in 4-H judging clinics, elementary school “horse weeks,” hunter paces and participating in breed parades at the famed Red Mile Racetrack in Lexington, KY. 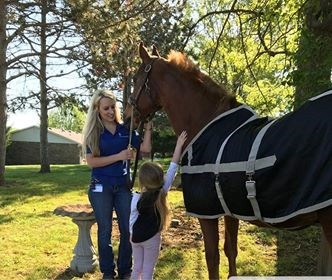 Stylin’ is the first American Saddlebred many of the 4-H participants in the state of Kentucky get to meet and learn about.  Every year at their annual 4-H Judging Clinic & Test, Stylin’ is presented to educate the participants on the breed’s confirmation, movements, personality and teach them the judging standards. He exhibits for them both under saddle and in-hand to give them a full perspective of the breed.

While many would say that Derby Week in Kentucky is the time when everyone wants to meet a thoroughbred racehorse in the Lexington area, Stylin’ is the horse many elementary schools are requesting. Many schools in the Lexington area use Derby Week to introduce horses to their students. Harper happily brings Stylin’ and allows the future horse lovers of the city to meet and learn about the American Saddlebred.

Harper is proud of the breed ambassador that Stylin’ has become. “He is the little engine that could and is ready for anything you put in front of him. While the minute you sit down in the saddle he is 100% show horse, he immediately takes the stage as a diplomat with a calm and focused manner that is needed to meet the needs of his audience” Harper shares. 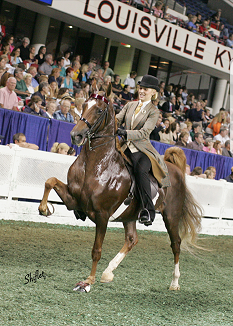 We are thankful to Stylin’ and his partner Alexandra Harper for all the time and effort they take to share, educated and preserve the knowledge of the American Saddlebred breed with the youth of Kentucky!

If you know a horse that should be the next ASR Diplomat of the Breed please apply today!

Return to ASR Diplomat of the Breed Main Page